Much Ado About Mead

First published in Southern Brew News.
Dictionary.com defines mead as "An alcoholic beverage made by fermenting honey and water," but to lovers of this often delicate and underappreciated elixir, mead represents much more. Mead may be the oldest alcoholic beverage, with some of the earliest documentation being around 8,000 years ago showing that mead has been brewed throughout the world. Until recently, mead has often been treated as an outsider to both the beer and wine communities, and many people say that it's a "love it or hate it" libation. If you've not tried it lately, there are now several craft meaderies popping up around the Southeast that are producing remarkable meads with local flair. 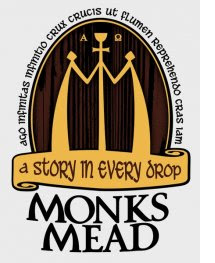 Monks Mead in Atlanta, Georgia makes a carbonated mead with wildflower honey that has a clean, sweet honey aroma and flavor that's not cloyingly sweet. The complexities are subtle, but flavors of pears and allspice can be detected. This is a pure, semi-sweet mead that's a good way to start your mead education. Justin Schoendorf, co-owner of Monks Mead, says, "We're Georgia’s first meadery - founded by two high school friends shortly after getting to Atlanta. We have one simple goal - create the best tasting mead in the world for everyone to enjoy - light, clean and carbonated with a touch of sweetness." Monks Mead is looking to move to Athens and will be working with Brian Roth at Southern Brewing Company. "Starrlight Mead has been making mead in Pittsboro, NC for six years with local North Carolina honey," notes co-owner Becky Starr. "We opened with only three flavors, and are now up to a lineup of about 25 that includes traditionals, fruit blends and herb-infused meads. We've won several awards at international competitions, including a best-in-class/double gold for our Semi-sweet Traditionalat the 2015 American Wine Society competition. Starrlight Mead is currently building the largest mead hall and production facility in North Carolina, scheduled to open in late 2017." 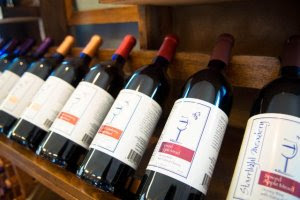 Starrlight's traditional and popular Off-Dry Mead offers aromas and flavors of honey, butterscotch, clove, red apple, caramel, pear and kiwi. It's the perfect mead for those looking for something complex and a little less sweet. Fox Hill Meadery's Special Reserve Off-Dry Mead made with buckwheat honey and aged in oak showcases the brilliant color of dark rum and provides a similar flavor complexity. Dark fruits reminiscent of cherries and dates balance charmingly with vanilla and oak. It warms the throat with each swallow, leaving flavors of a strawberry/rhubarb pie in the finish. Fox Hill's Jason Russ remarks, "Our meadery was founded in 2007 and ranks as one of the oldest meaderies in the Southeast. We've been brewing mead, beer, wine and ciders since 1995 and we focus on making clean, balanced products. Fox Hill is a family run operation, with my wife Jennifer and daughter Abby helping out when things get really busy - like on bottling day."  Still Pond Peach Mead is a still mead made in Arlington, Georgia at Still Pond Vineyard and Winery. Expect flavors of a Fuzzy Navel with a clean peach nose and flavor balanced with rich honey notes. The peach is so fresh in the flavor, that you can almost taste the skin. Still Pond offers tastings of their wines, meads and "Farmhouse Shines" in their tasting room. 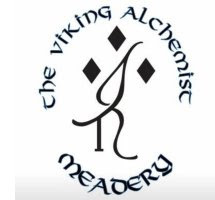 Viking Alchemy Meaderyis a family and veteran owned business located in Marietta, Georgia. According to Viking Alchemy's Tamara Kosoris, "Our passion for making mead started about 10 years ago in co-owner Brian’s kitchen. After learning about mead from a friend, Brian and his brewing buddy Nick decided to give it a shot, and this has led to a love of mead ever since. We opened our doors to the public on March 26, 2016 to a crowd of 350 people, and we have been growing our brands throughout the state of Georgia ever since."  Viking Alchemy's Ethereal is made with peaches and presents intricate aromas and flavors. Semi-sweet with a slight acidity, this mead balances the flavors of honey with peach and almond-like peach pit nuances. Look for notes of honeysuckle and vanilla wafers, along with golden currant. Readers may know Lazy Magnolia Brewing for their craft beer, but the Mississippi brewery is now concocting meads too! Mississippi Nectar mead will have even the newest transplant to the South thinking of lazy summer nights with bees buzzing around. Using South Mississippi wildflower honey, this earthy, fruity balm will transport you to a rocking chair on the front porch surrounded by fragrant honeysuckle. It contains notes of blackberry, spices, pear and plum along with hints of Cheerwine. 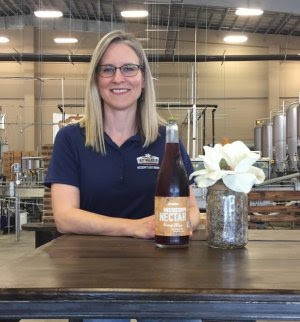 Lazy Magnolia's Leslie Henderson
Leslie Henderson of Lazy Magnolia adds, "Mississippi does not allow breweries to sell product direct to customers. However, native wineries have no such limitations. The only stipulation is that 51% of the fermentable sugars must come from Mississippi. Honey was an obvious choice for us, and one of our relatives is a large-scale honey producer in Ellisville, Mississippi. We have used his honey in several of our beers, and we saw mead as a tasty way to increase awareness of this Mississippi agricultural product while expanding our own line-up. We also did this to highlight the absurdity of not allowing breweries to sell directly to customers who visit the tasting room. I can sell someone a case of 14% ABV wine, but not a case of 5% alcohol beer. In what universe does this make sense? Since 2012 we've sold thousands of bottles of wine to hundreds of happy customers, and not a single distributor or retailer has lost a penny as a result. We are now able to refute, with actual data, all of the arguments against on-site retail sale of beer." 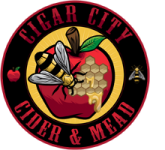 Cigar City Brewing in Tampa has also entered the mead making world, and their San Juan Hailmead takes creative inspiration from many of Cigar City's unique craft beers. Made with Brazilian pepper honey, pineapple, agave and habanero, this flavorful mead ranks as truly remarkable and memorable. Although peppers may not always fit everyone’s taste, the pleasing balance of hot and sweet notes in this mead reminds one of pepper jelly with undertones of fresh green pepper and mescal.  Cigar City Cider & Mead opened its doors in November of 2014 with Jared Gilbert as head cider and mead maker. Jared notes, "We want to offer our customers a diverse selection of 100% natural ciders and meads with Florida-grown ingredients - all crafted in the heart of historic Ybor City." Jared has already won a variety of awards for many of his ciders and meads. Mead has inspired civilization throughout the centuries, and the enthusiasm for this tasty beverage is finding new fans every day. If you've never given it a go, check out some of the innovative meaderies around the Southeast or head to your favorite bottle shop or pub to delight your senses with one of the oldest alcoholic beverages in the world and discover how modern mead producers are adding their own "New World" spin.
Posted by Beer Wench Georgia at 6:34 AM